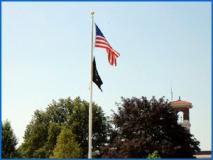 The Stoneham Town Clerk's Office is committed to providing competent, courteous, and efficient service to all residents and non-residents alike while maintaining the integrity of the Office.

The Town Clerk is the chief election official, recording official, registrar of vital records (births, deaths, and marriages), as well as, the public records official.

The Town Clerk's Office issues state licenses and permits, including:

The Town Clerk administers the oaths of office and maintains appointments and resignations of all Town Officials. The office responds to inquiries from the public as well as from other departments, boards, and committees.

The Stoneham Town Clerk's Office (Elections and Registration) is a Passport Acceptance Agency for processing passport applications. Passport photos can be taken on site for $15. No appointment is necessary.